At least two explosions went off at the Boston Marathon this afternoon, injuring at least half a dozen people according to a CNN producer on scene.  The blasts happened a few seconds apart leaving a huge cloud of smoke covering the area, then the second happened around 10 seconds later according to Matt Frucci of CNN.


According to reports, at least three are dead from the explosions.  Here are some pictures that are appearing now: 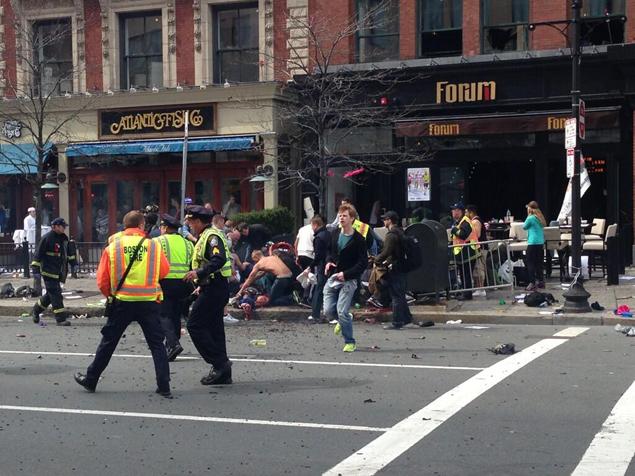 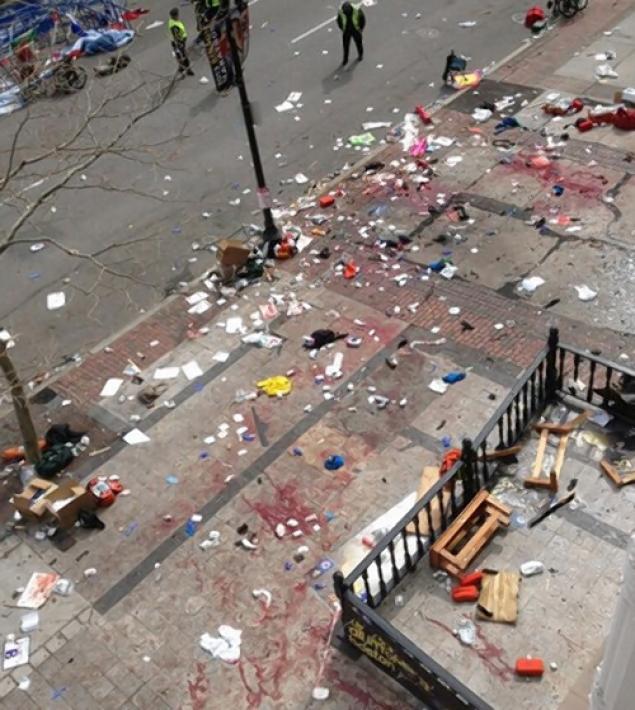 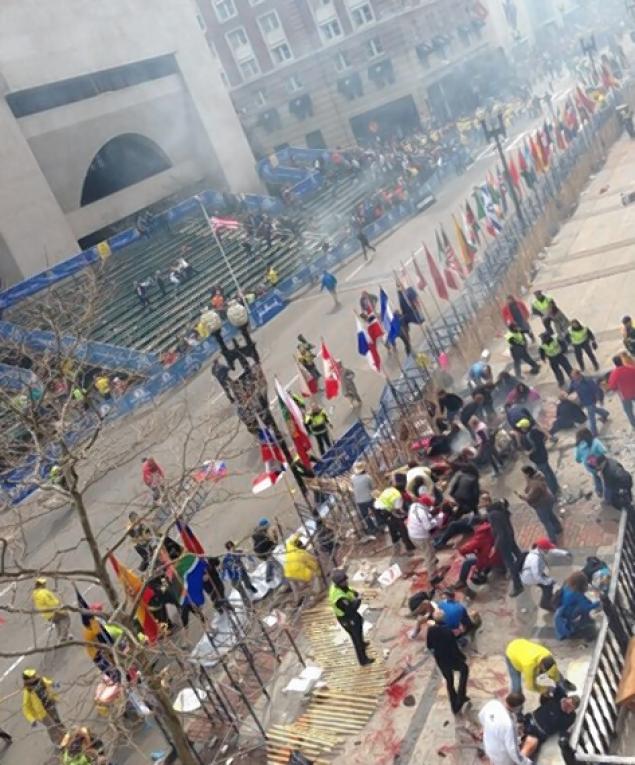