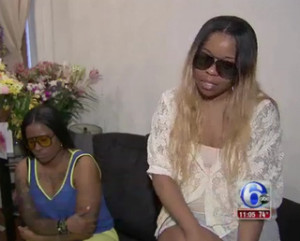 Zakia and Tasha Clark were shopping for funeral dresses with their third sister, Makia Underwood when they were kicked out for wearing hats with profanity written all over them.  The hats said F*!? Cancer.  The mall manager Robert Hart says he sends condolences tot he sisters but wearing hats in a public, family friendly place can not tolerate profanity like that.

One commenter on ABC News, makes a good point:

My wife died from cancer, If she were alive, she certainly would not approve of this classless act, as she was a real Lady.

When you think about it, it is very classless to wear a hat that say something like that, regardless of the cause.  I’m sure there are many people who are offended they were kicked out from the mall because the incident was related to cancer but I think that’s ridiculous.

What do you think about this whole incident, were the sisters wrong?