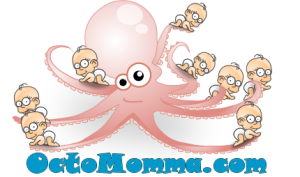 On January 2009, Nadya Suleman gained a spot in the public eye after giving birth to octuplets. In fact, only once before a full set of octuplets was born healthy and alive in the USA. But the public attention wasn’t forgiving when it came out that she already had six children, was unemployed, and was living off public assistance. The case of the Octomom got even more interesting when she confessed that all her children were the result of several in vitro fertilization procedures. The “Octomom” has been in the spotlight several times since, and has suffered the hate and criticism of the audience by being accused of neglecting the care of her children.

Now, Nadya faces a completely different kind of problem. Her bank accounts, as well as several other financial documents, have been seized and she is under investigation for welfare fraud. Allegedly, she grossed more than $200000 in 2012, as a result of her work in the adult film industry and her various jobs as a stripper. Taking in consideration the size of her family, and the fact that Suleman is a single mother, she would need to earn less than $119000 in order to qualify for public welfare. As a part of the investigation, the authorities will proceed soon to search her home and her manager’s office, expecting to find incriminating proof.

This investigation was opened after an anonymous tipper alerted the Los Angeles County Department of Welfare Fraud Prevention and Investigation about her economic situation. Nadya Suleman filled for Chapter 7 Bankruptcy only one year ago, and has stated that going on welfare was a tough decision. If found guilty, the “Octomom” could face up to thirty six months in prison, which would open again the whole debate about the custody of her fourteen children and her ability to give them an adequate environment.