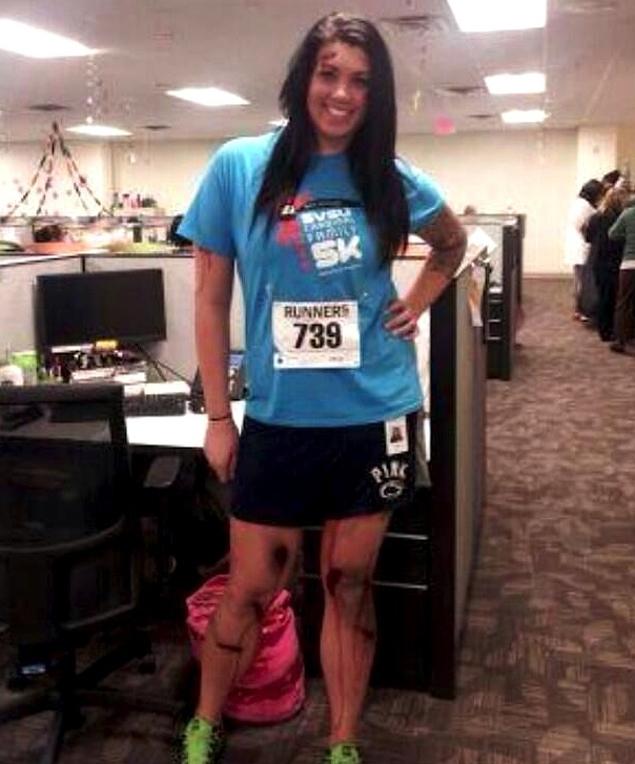 Alicia Ann Lynch, 22, posted a picture of herself wearing a Boston Marathon Victim Halloween costume on her Twitter account.  Now she is paying for her stupid, heartless, disgusting costume idea.  There are some costumes that push the edge, but why would someone even think about something like this?  The backlash is intense and happened very quickly after it spread across Twitter.

Sydney Corcoran, who was injured along with mother Celeste Corcoran, slammed Lynch on Twitter.

“You should be ashamed, my mother lost both her legs and I almost died in the marathon. You need a filter,” she wrote.

Alicia’s inbox was flooded with increasingly brutal comments.  They even got a hold of her parents information and made death threats towards them. 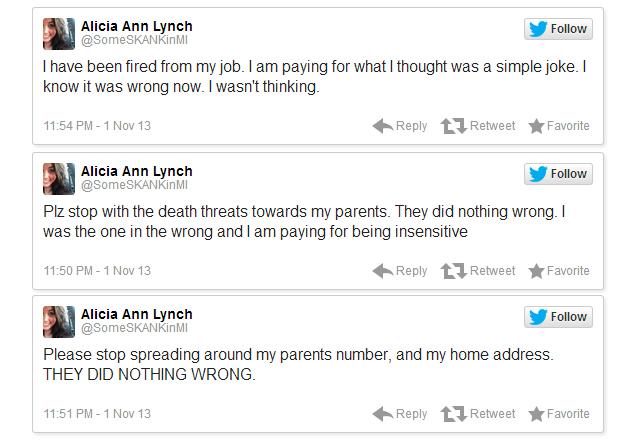