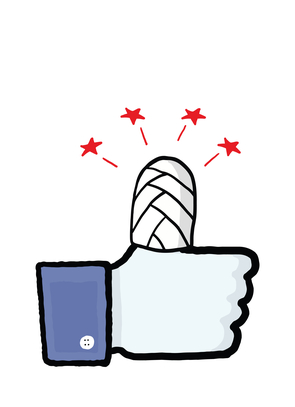 Facebook recently announced provocative changes to their underage privacy policies that could have serious implications for child safety. In mid-October of this year, the social networking site began allowing underage teens to post text and pictures publicly for the first time. According to Facebook, these changes are being implemented to allow youth’s freedom of expression not previously afforded them by the age restrictions and note teen technological savvy. The question for parents now is what impact this change is likely to have on their children.

Though among the most popular social networking sites in the world with over 1.2 billion registered users, Facebook has been losing market share with younger demographics in recent years. The Pew Research Center recently conducted a study revealing waning interest in Facebook from the key teen demographic since its expansion to include more adults, elderly and advertisers among its users. With competitors such as Twitter and Tumblr vying for market share, Facebook can ill afford to lose ground with teens. It seems likely that this most recent move to expand youth privileges on their site is in the interest of reigniting teen ardor for a Facebook presence.

Facebook’s move has been panned by many critics who have noted the dangers of increased exposure of children to advertisers. Children do not have the cognitive disposition to reject the manipulation that marketers put out. Harvard Medical School psychiatry professor and director of Campaign for a Commercial-Free Childhood, Susan Linn, told NBC News that children are susceptible to manipulation such as that of advertisers trying to send a message to kids that certain products will result in happiness. Facebook’s previous restriction prevented advertisers from using their posts to cater their marketing campaigns to specific children. With those restrictions gone, marketers have free reign to target children more effectively than ever before.

Making this issue all the more salient are the figures reported by the Internet Watch Foundation, an independent self-regulatory body of which Facebook has been a member since 2010, that more than 12,000 “selfies” in photographic and video form have been found on child pornography websites. Facebook’s new allowances could fuel this Internet trade for years to come with the provision of open access to thousands of images of children.

Not all commentaries agree that Facebook’s self-deregulation is a bad thing. Stephen Balkam of the Family Online Safety Institute and member of Facebook’s safety committee has called the move “a positive step” representing an evolved view of teen privacy that rely on teenagers and parents. Facebook points to the fact that new members will have automatic privacy settings limiting posting to their listed “friends” instead of “friends of friends” as was previously the policy. Changing these settings involves prompting teens twice before allowing them to proceed. By changing their policies, Facebook and its advocates argue they open up a larger forum for education and expression of opinions at an earlier age.

While Facebook argues that the expertise of teens in controlling privacy settings offers adequate protection, the Pew study shows that only 9 percent of teens are concerned with third parties accessing their data while 91 percent post pictures of themselves, 71 percent share their school and hometown name and 20 percent post their cell phone numbers. Despite these statistics, there are ways to limit the online presence of teenagers and protect them from excess exposure.

One way to limit your teen’s online presence is by setting a maximum allowable daily screen time and enforcing a screen-free day once per week. Educate your children early to the responsibilities of Internet and social network usage. Talk to your teens about the dangers that potentially await them and warn them to limit what personal information they share. As part of this process, walk through their privacy settings with them to ensure they have not enabled public sharing features.

With predation in the techno-sphere becoming ever more powerful, many parents are interested in taking proactive measures to protect their children, beyond what education can provide. LifeLock, for example, offers customizable identity, data and fraud protection services. Parents can seek further protection with the SAINT App, software that allows children to use Facebook while filtering out any sexually explicit material. Another effective service, ZoneAlarm Social Guard, was noted by the Wall Street Journal as an effective means of monitoring your children’s Facebook account for hacking, predation, pornography and unwanted activity without violating your child’s privacy or alerting their friends to your observation.