Do you fetch your daily news wires from Facebook? It would seem surprising to read this question if you use social media just for the sake of entertainment. Nonetheless, Facebook is used for getting information about daily happenings and notable events. Owing to the fact that Facebook is the largest social media of the world with over 1 billion users, it is really not surprising that people share and get news from it. A survey was carried out in US to determine the popularity of Facebook as a source of news. This survey was conducted by Pew Research Centre from August 21 to September 2 his year. The sample of adults of more than 18 years age was used. The results showed the 47% percentage of Facebook users as news consumers. 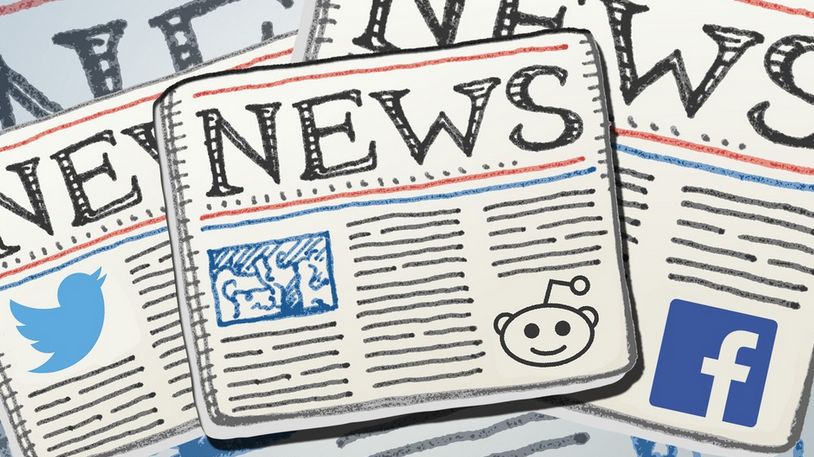 The figures don’t always reveal the truth behind them. There are some issues with determining the percentage of Facebook users who get news from their social account. The biggest issue is finding whether the news consumers go to Facebook for the purpose of seeking news only or their prime purpose is something else. They perhaps might be using Facebook for news but as a secondary source since people keep logged in for many hours while doing other assignments. Another big concern about this survey is using the criteria for determining the news consumers. It depends on the way you define news. It can be regarded as the general information about the events that don’t necessarily involve your friends or family. News consumers were considered as those users who ever used Facebook to read headlines or other important stories about national events. 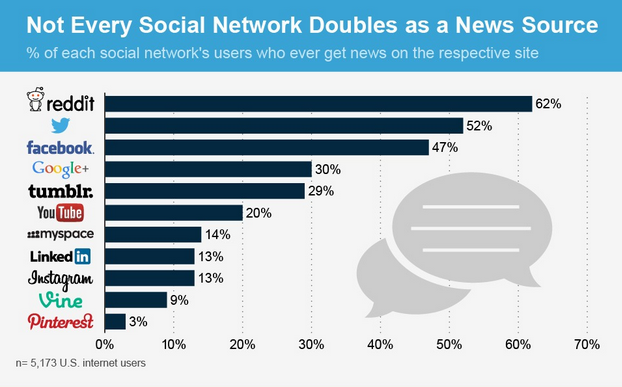 With ever increasing popularity of Facebook, this platform is great source for keeping those people updated about the news who don’t see them otherwise. They can utilize their free time in meaningful way by visiting Facebook and searching for news. Facebook can play a vital role in enhancing you wisdom about general knowledge and expands your horizon of information.

Reddit is also contributing to keep the visitors well informed around the world and this survey revealed that more than 62% of the its users get informed from Reddit news feeds. The source which is least popular for news is Pinterest with only 3% news fed users.