You’ve probably heard about Amazon’s recent news segment on ABC about their new drone delivery system.  The drone’s will pick up a package from an Amazon fulfillment station, right off the belt, then fly within 30 minutes to deliver a package.  Of course, there are jokers out there who want to prove why it will never work.  One twitter user @QuantumPirate jokingly mocked what a missed drone delivery notification might look like.

The second picture is made to look like Amazon themselves replied to his joke, however it’s another Twitter user.  Either way, it’s hilarious. 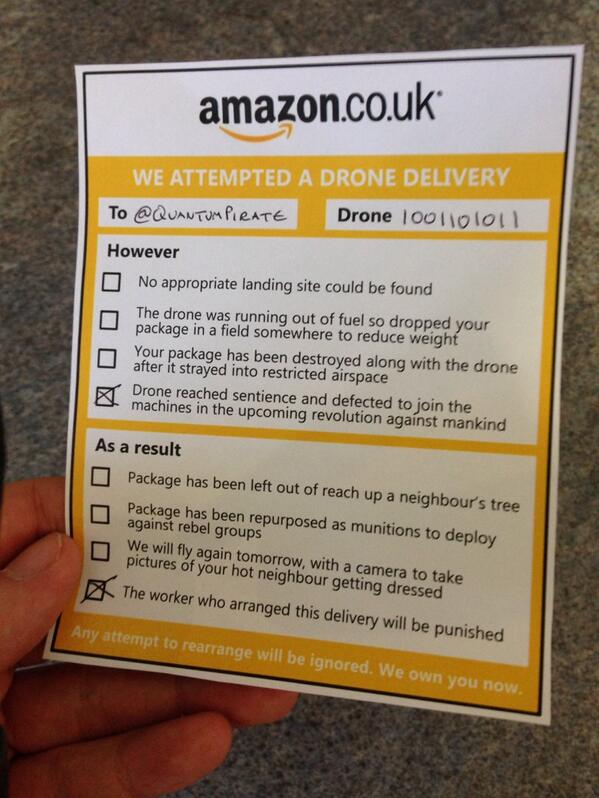 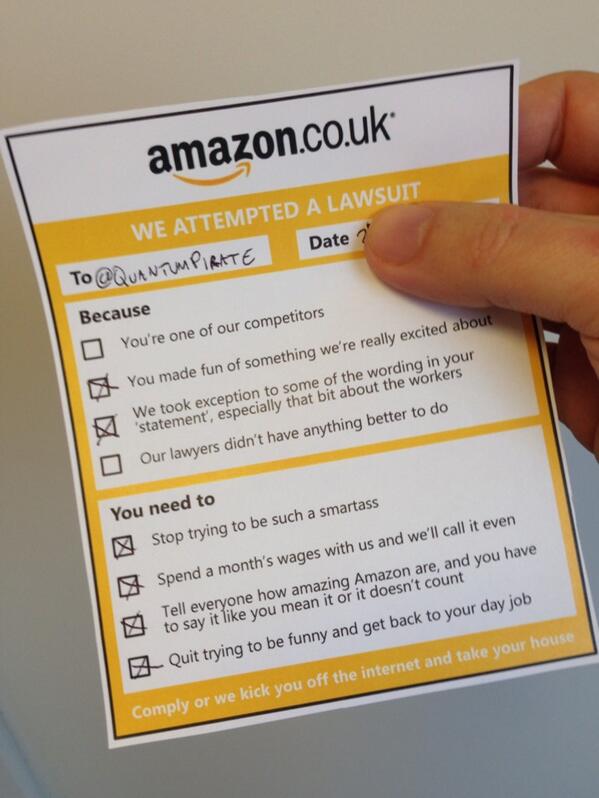