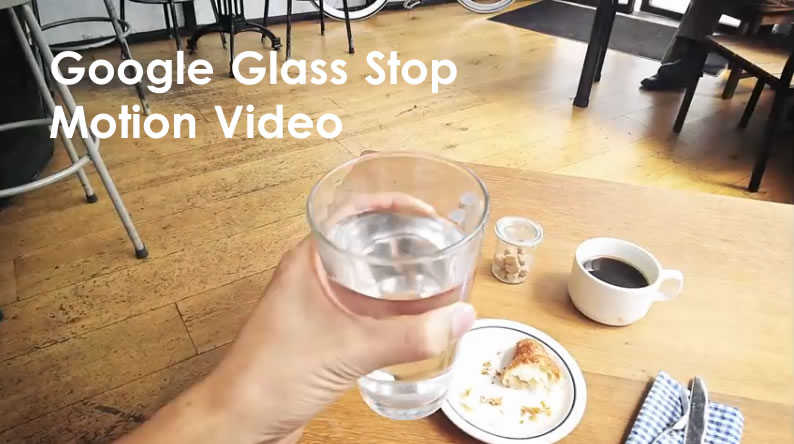 Perhaps the most awaited technological accessory of the year, Google Glass now moves a step ahead by finding its use in short stop-motion films. Tu Uthaisri, a filmmaker presently working at Google Creative Lab, New York, shot about 1,000 photos with google glass, to create the stop motion film “Catch: A Handimation Through Glass.”. The film shows in animated form, the appearance, disappearance, and reappearance of a contact number written on the palm of hand with red ink. The two-and-a-half-minute video, shot entirely with Google Glass, shows various animated movements in a real-life setting, with a background jazz by Jeremy Turner. The video, currently being one of the most trended one in google, seemed to have come out with the interesting and inventive aspect of the glass. It has already received praises from the impressed viewers on youtube.

Google Glass, primarily a pair of slim metal eyeglass frames fitted with a compact computer, had been one of the most influential technical achievement by Google in recent times. The metallic frames is a little thickened on one side where the camera, battery, motion sensors, wireless connection to reach the Internet, and other electronics are fitted. Though it is claimed by the company to give a first person experience, along with voice command application while taking photos or videos, the product has already received complains of high battery drainage while shooting any video. The users of this glass have reported total battery drainage while shooting a video of thirty minutes duration. Further, the camera being five mega pixel only, the potential buyers have expressed ambiguity in buying this expensive product. To make Google Glass more interesting to consumers, Google plans to include some useful applications such as sharing videos in real time, inbuilt navigation etc. However, it will be a challenge for the company to outweigh the existing smart phones and make this product an interesting buy for the consumers. Nonetheless, this stop-motion film seems to an interesting effort to increase its visibility and make Google Glass the most talked-about technological accessory in present times.