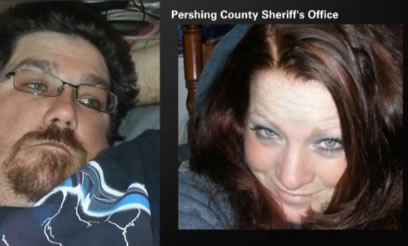 A Nevada family was recently found after having been missing since earlier this month. Much to the surprise of the rescuers, everyone was alive and stable. The family group, consisting of the father (James Glanton), the girlfriend (Christina Mclntee), and four children were able to survive the frigid temperatures of the wilderness known as the Seven Troughs. The group was out for a trip to the snow that turned into a desperate fight to keep warm as they sought shelter from the cold. Thanks to the dad’s quick thinking and ingenuity, the group was able to weather the deadly conditions and stave off hypothermia. They burned tires, warmed rocks and used whatever means were at their disposal to generate heat to protect their children and themselves. James and his girlfriend were so successful in taking care of the children that nobody suffered anything worse than minor dehydration. The family stuck together through the whole ordeal, believing that rescue would come if they stayed put and luckily, they turned out to be right.
They had been stranded by a car accident that left their jeep overturned off the side of the road. The engine would not even start, according to James. That very evening, they burned the spare tire to generate warmth as the below-zero temperatures came and threatened all of their lives. They were so far out in the wilderness that their cell-phones were unable to get enough reception to call for rescue, leaving them totally stranded in the rugged and unforgiving terrain. After a terrifying experience, the family was finally rescued and brought to the Pershing General Hospital where they received treatment for exposure and minor dehydration. The physicians were both surprised and relieved to find that nobody had suffered frostbite, and praised James for going through so much effort to ensure everyone’s safety.