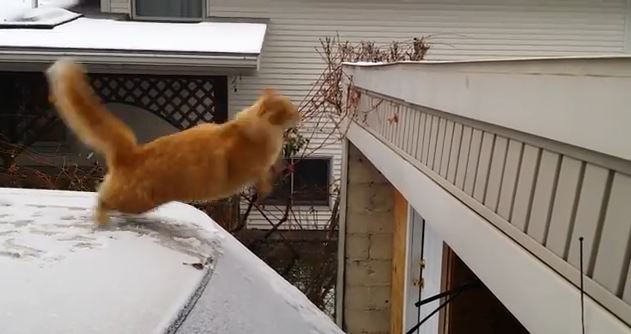 A cat nicknamed “Waffles the Terrible” has gone viral.  The cat’s owner gave him this nickname because the cat is always failing at something.  This time, he uploaded a video of the orange cat failing to jump from a car to a roof in the snow.  He scrambles for a second, regains balance, then epically fails with his leap of faith.  The video clip has been viewed over 400,000 times.