Racism is not tolerated anywhere and when Justine Sacco, a Top PR person for InterActiveCorp, tweeted a disgusting and extremely rude comment about aids and Africans, Twitter blew up. Her tweet was ignorant and repulsive, completely degrading the people of Africa.

She was boarding a flight to Africa and before she got on the plane, this tweet came out of her account. Many people believe her account might have been hacked, but who would wan’t to hack an account of some normal person? It’s not like she’s a celebrity. Her account is now deactivated. No one knows for sure if her account was hacked or not, but InterActiveCorp immediately issued a statement saying that this outrageous and offensive comment does not reflect the views of their company, that this is a serious matter and appropriate actions are taking place. What caused Twitter to take deep concern in all of this was that IAC could not contact Justine, she was on a 11-hour flight. You can’t just fire someone in a top position without talking to them first, so they waited for her to land. Twitter waited for her to land too.

The hashtag #HasJustineLandedYet started trending and people sent in their tweets. One asked if anyone in Capetown was waiting for her arrival. Another commented how it was strange to see someone self-destruct without them even knowing it. Justine will have a tough time defending herself, she has left minor racist comments before through social media. It almost certain she will be fired. Think about that, she’s on a plane, enjoying her flight to Africa and has no idea her career may be in jeopardy! @AidforAfrica even went as far as registering the domain name www.justinesacco.com and makes it redirect to their donate page.

Tweets like these are not tolerable. Social media is extremely big right now, and never think your tweet won’t do anything. In the case for Justine Sacco, her career as a PR person might even be over. People will attack you and make you famous for your mistakes. When she will land in Capetown, the people there will be ready. Africans have Twitter too. Let this be a lesson for everyone, keep your horrible thoughts and comments to yourself. Or think before you say something. It might just change your whole life life. That’s what it has done for Justine Sacco 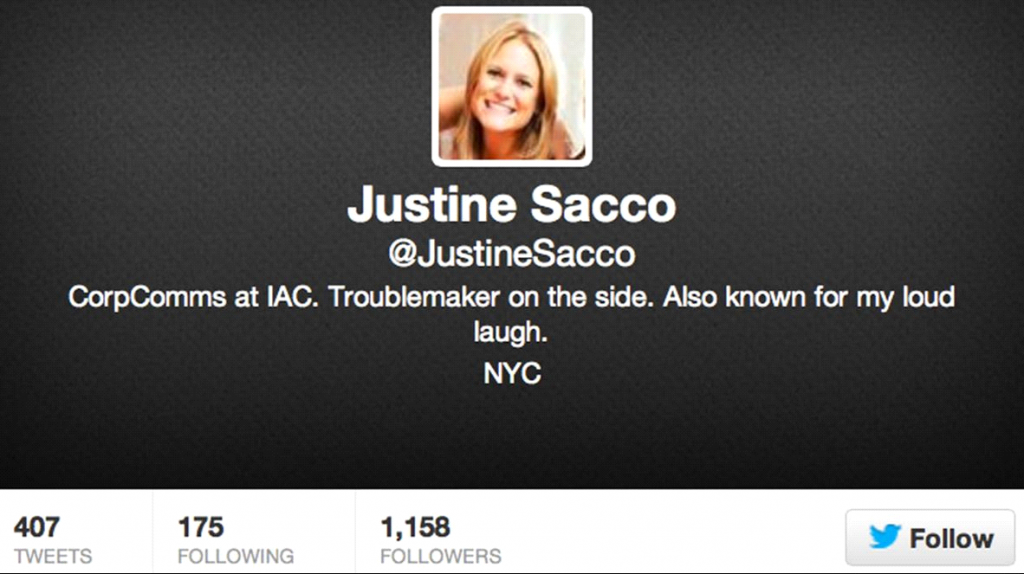 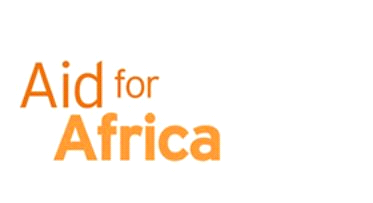 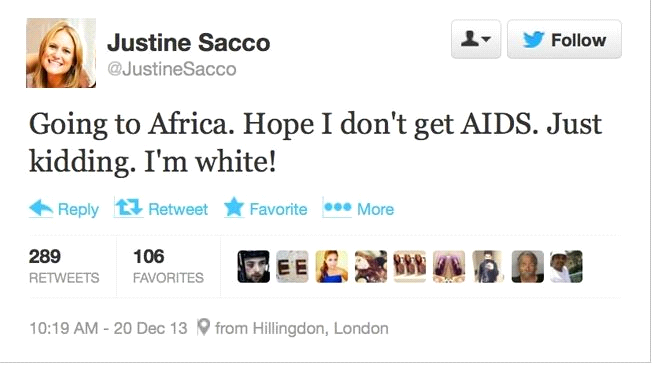