Sponsored stories are based on remarks or interpretation shared by some of your friends about famous products or companies. These events focus on sponsored pages like Nike. The brand owner may decide to sponsor the interaction to promote its marketing and advertisement. Such sponsored stories will show you in your newsfeed about as your friend’s interaction.

The sponsored stories will have a slightly different social context beginning from April. All the posts that show your friends have liked the pages of products of the brand will simply show up as Facebook advertisements. The brands will not be able to sponsor the stories for their promotion. Instead, the users will be promoting the brands as a commonplace on Facebook.  Simply put, all advertisements that include your friends will have common worth among other Ads not being able to be sponsored. 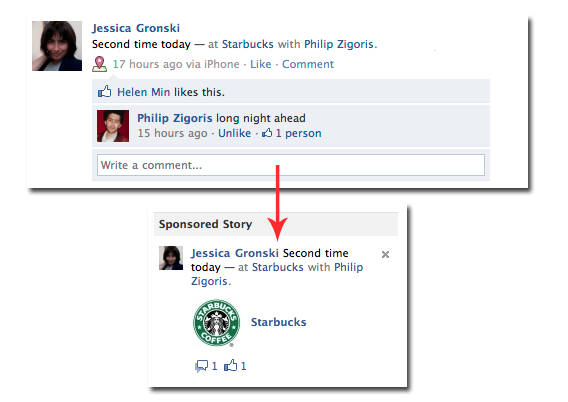 Facebook spokesman told during an interview that social contexts will eliminate any requirements for having sponsored stories. The social advertisement of Facebook gives credit to the users that people opt for. Nobody will be able to see any piece of information that they never came across in the past.