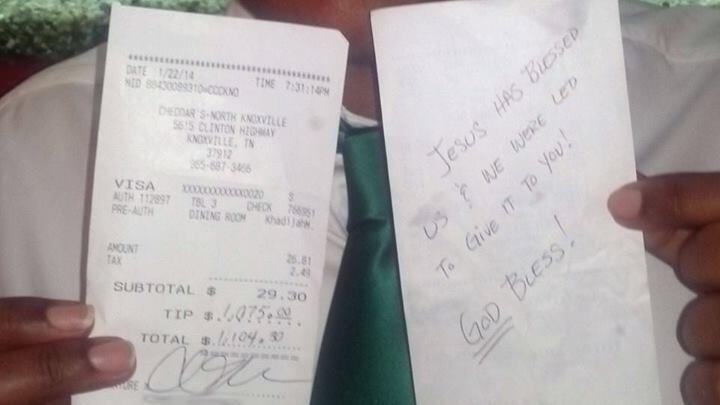 Waitress Khadijah Muhammad was in Ohio taking care of her mother for the weekend and when she returned to her Knoxville home, she found a notice on her doorknob threatening to turn off her electricity.

“It said, ‘This is your second and final notice of past due bill to prevent service disconnection,'” she told WBIR.com. “I was thinking I’m really going to need a miracle to pay my bills this month.”

She then went to her job at Cheddar’s restaurant hoping maybe she would make a few extra dollars.   Her shift started off with a table of three — a husband, wife, and their young child.

“They really did not stand out. They were just nice folks. I remember talking to them and having a friendly conversation like you would with a neighbor,” Muhammad said. “The father ordered a country steak. The mother and son split a fish taco. They split it. They were really humble people.”

The waitress delivered the bill for $29.30. When she returned to the table to collect it after the customers had left, she noticed the receipt was upside down.

“Normally as a server, when a receipt is turned upside down it means you did not get a good tip or any tip,” Muhammad said. “Or people will leave a nasty note about how you messed something up with their service. I remember thinking, ‘I wonder what I did wrong.’ Then I picked it up and I just was in shock.”

She flipped it over and was shocked to see the written-in tip of $1,075. There was also a message scribbled on the receipt: “Jesus has blessed us and we were led to give it to you! God bless!” 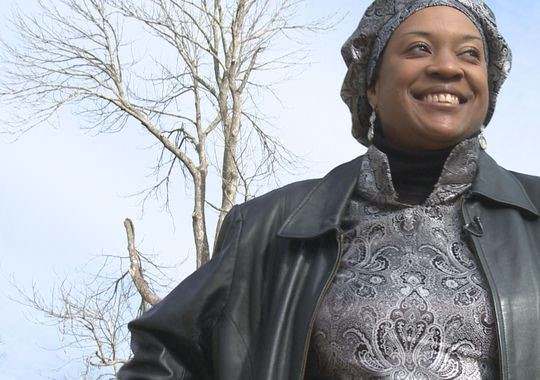 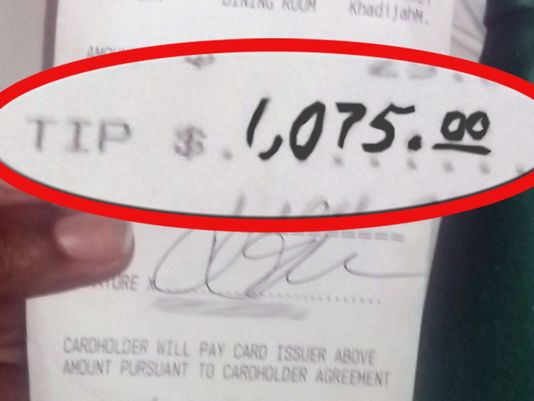