According to a CBS News report, debris from Malaysia Airlines flight 370 may have been spotted.  Four militarty planes were dispatched to check out two objects located in the Indian Ocean, possibly from the Malaysian Airlines flight.

One of the objects spotted in the satellite imagery was approximately 24 meters (79 feet) long, and another was thought to be about 5 meters (16.5 feet). There could be other objects in waters nearby in the area that’s a four-hour flight from Australia’s southwestern coast, said John Young, manager of Australian Maritime Safety Authority’s emergency response division.

This hasn’t been the first spotting of debris / oil and could just be a false alarm.  Unfortunately, we are still waiting for news to see if this is anything related or not. 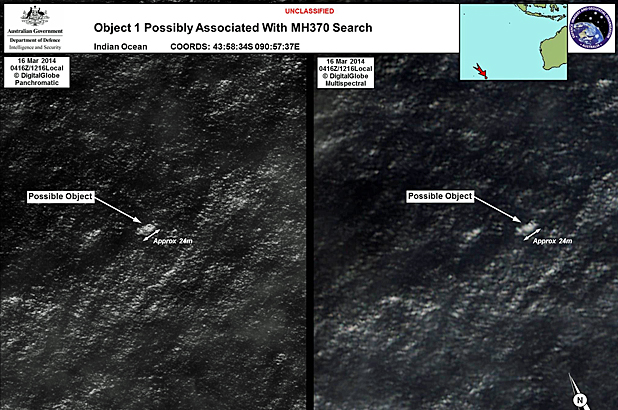