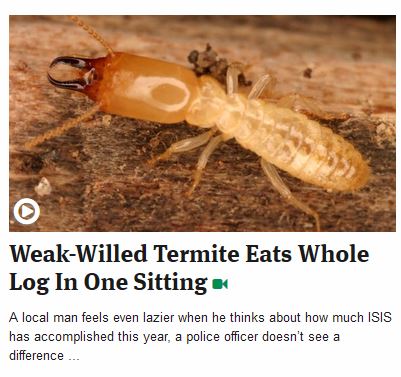 Have you fallen victim to a satirical news article posted by a friend, family member, or coworker on Facebook, having believed it to be genuine? So have many other users of the popular social network, which has prompted it to begin testing the implementation of a “satire” tag for postings originating from commonly known web sites dedicated to satire such as The Onion. Occurrences of users mistaking such web sites for legitimate news sources have brought forth the only logical solution: Facebook testing “satire” tags to avoid confusion in the future.

Many have come to criticize this move by Facebook as one that ruins the fun of posting satirical news articles in the hopes of tricking their Facebook friends, while others have praised its implementation for attempting to put an end to the practical joking and leaving Facebook as a tool for more professional usage. The critics of this move have been quick to note that those unfamiliar with popular satirical web sites like The Onion, and their content which is more often than not very obvious satire, are deserving of the criticism they receive for responding as though they had taken its content seriously. While this is indeed true much of the time, there are certainly times in which satirical content that is not presented entirely obviously as such can be harmful, which is why this move has received its fair share of praise as well.

Regardless of where one stands on this issue, it is indeed an interesting move on Facebook’s part to move forward with the testing of this feature. This likely points to a future in which further labeling of shared content becomes integrated in the social network, although the company has yet to make any statement about future plans in this regard thus far. We will likely come to see how Facebook moves forward into the future being determined by how well this new addition fares among Facebook’s millions of users around the world once it is set into place.