WhatsApp is going to launch a new feature which will let you save and backup the complete WhatsApp data in Google Drive. The famous news source Android Police has said that WhatsApp is testing a new feature, version 2.12.45. Currently, this version is not launched, but many developers have seen the latest upcoming version having string that point towards a confirmed WhatsApp backup feature.

WhatsApp is making a lot more new updates to its interface and functionality. The app just went through a material design update. A few week ago, WhatsApp calling feature was launched. Now, the famous messaging app used by billions daily will get a Google Drive backup feature. 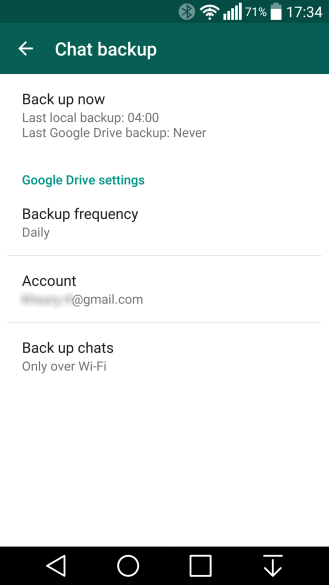 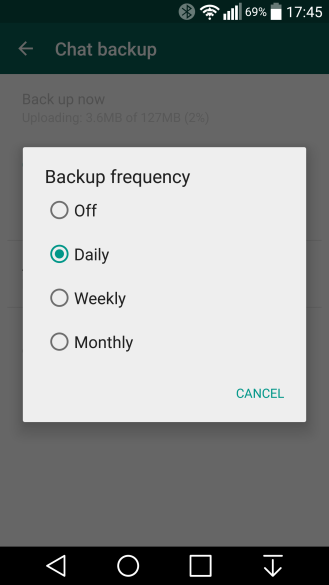 It is startling to note that Facebook’s WhatsApp will use Google’s Cloud service has its backup repo, because Facebook and Google are tough competitors.

The source gave some screenshots which clearly show a backup feature. You could easily give your gmail id and select the time span for which you want your WhatsApp data to be backed up. You could choose from daily, weekly and monthly backup plans.

The new WhatsApp backup feature will help people getting a secure backup all the time on the Cloud because millions of people use WhatsApp to communicate and one could recover data now with the use of this feature just in case.