A 37-year-old man from Colorado fired eight shots with his handgun on…… his computer. Lucas Hinch has been cited by the local police department for using a weapon in the city premises.

Hinch says that he was highly upset with his sloppy computer. Hinch runs a tea business named ‘Organica Herb’ in Colorado. He used to store all the business information, customer data in his computer. But for a few days, the computer was acting weird.

Hinch says that today, his computer showed ‘that blue screen of death’ and he just ‘had it’. Hinch took his computer to an alley near 2200 block of West Colorado Avenue., took out his handgun and fired 8 shots directly at it. The local police quickly alerted with the ‘shots fired’ call. Hinch was quickly taken into custody.

Hinch’s penalty will be decided by the local judge, the local police say. Hinch says that he didn’t expect things to escalate to this level as he took the computer to a place very far from the main city. Here’s an image of the Hinch’s computer which was lacerated and would never return to life. 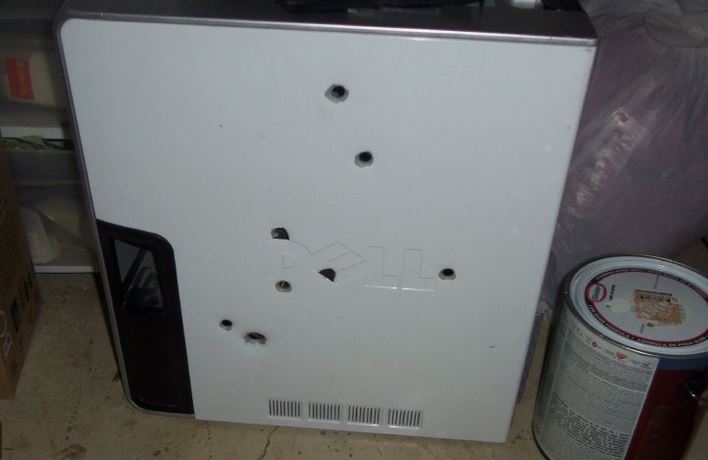