Some new Windows 10 images have been leaked and they show a number of pleasant new changes Microsoft is making in its next, much awaited OS released which is expected to roll out this summer. A Chinese website leaked the internal builds of Windows 10 which show that Microsoft is pretty impressed with the success of Windows 7 and it is integrating a lot of Windows 7 interface features in Windows 10. Remember the Aero Glass transparency effect? It is coming in Windows 10. You could just long press and hold the start button and everything goes transparent. This Aero Glass effect is clearly visible in the Windows 10 leaked photos.

The other major change coming to Windows 10 is in the live tiles feature. The leaked screenshots show 3D flip effect in the Windows live tiles, unlike the metro styled Windows 8 tiles. 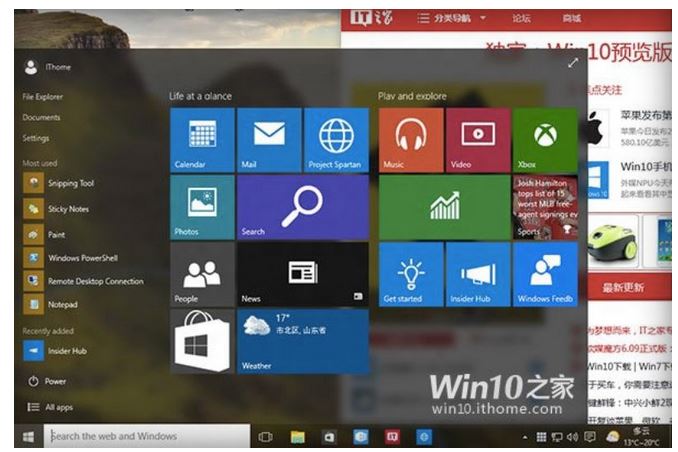 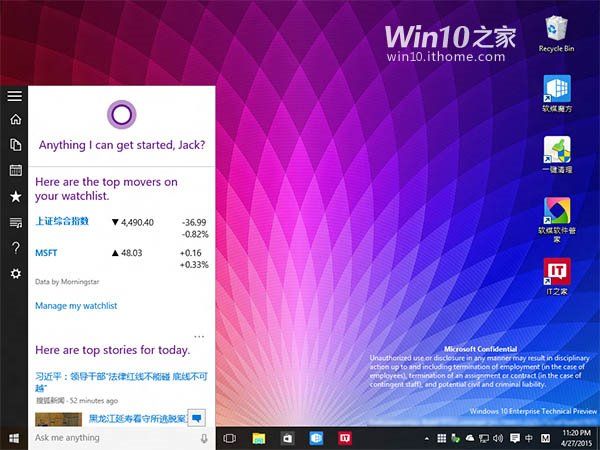 The Cortana search box will be in front of you all the time with ‘Ask me anything’ prompt in Windows 10 in case you need assistance and help regarding anything.

Microsoft builds and new features are being leaked on daily basis and this points out to a worrying factor: the Windows 10 OS is not completed yet and the company is still in the process of development, final touching. Microsoft’s Build Developers Conference 2015 is tomorrow and the Redmond giant will reveal the date of Windows 10 in the event. Stay tuned.