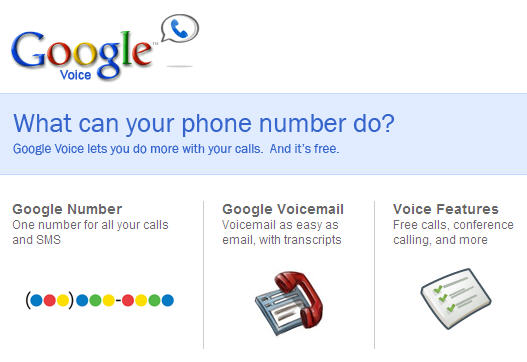 Despite all the recent issues, Google Voice will soon be available on the iPhone, but as a web-based app, according to the The New York Times.

Google originally tried to get on the iPhone as an app through Apple’s App Store, but was rejected by Apple.  I wrote an article about how I believe that AT&T was behind the decision, but regardless, the decision led to Eric Schmidt, Google’s CEO, to step down from the board of directors at Apple.

Despite being rejected by Apple, and the greedy actions by AT&T, Google will always find a way to serve the needs and wants of people.  You can’t hold back progress on the web, and old, slow business models that worked 20 years ago, no longer work today.

The business of the future, and of the here and now, is one that is able to quickly adapt to the marketplace, and remain favorable to an “open source” type environment.

Google is fortunately one of those companies.

Want to block them from adding their app to the app store?  That’s fine, they’ll just have their developers create a web-based app instead.

Regardless, when it comes to advancing technology and giving the world of iPhone users what they want, someone, somewhere will always step up and find a way to make it happen – this time just happens to be Google!