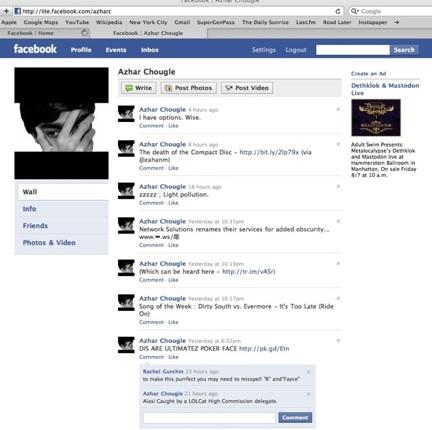 Is Facebook Lite really about bringing Facebook to remote parts of the world by providing a fast, trimmed down platform?

Obviously, there’s a lot of buzz on the web right now around Facebook Lite!

Most the buzz so far has been about how Facebook Lite is a response to Twitter, however, there’s a countering thought / theory that Facebook Lite is actually designed to give accessibility to remote parts of the world that has slow broadband.

But in reality, Facebook Lite has nothing to do with Twitter or FriendFeed ? at least, not right now. Instead, it was designed to be used in parts of the world where broadband speeds vary and can be expensive, we’re being told by Facebook. Given that the initial testing of it has taken place in India over the past several days, this makes sense. (washingtonpost.com)

When I think about Facebook Lite being launched from this perspective, I think “Pure Genius”!  This will allow remote parts of the world to connect with you and me sitting in a Starbucks on our iPhones.

This is also why I would call this (sort of..) a humanitarian effort because if remote parts of the world have Facebook, and it’s speed allows for engagement and networking, then we are talking about openning up huge opportunities for people that were never before possible!

Unfortunately, a lot of buzz is out there on the web about how Facebook Lite has launched in response to Twitter – trying to compete with Twitter so to speak.

When I think about Facebook Lite in this matter, I’m not very impressed!

If it was launched from the “I need to compete with Twitter” angle, then I think Facebook is heading down a very slippery slope.

Twitter is amazing because of it’s brand with the users.

I think the answer is absolutely NOT!

And the problem with Facebook Lite, if it is designed to compete with Twitter, is that Facebook may be losing it’s focus on their brand – on what people love Facebook for originally, and that is being able to connect with others.

When looked at in that perspective, I’m thinking – WOW, what a brilliant concept.

So we’ll just see how to this all unfolds, and there will certainly be no shortage of Facebook Lite buzz out there for you to follow!