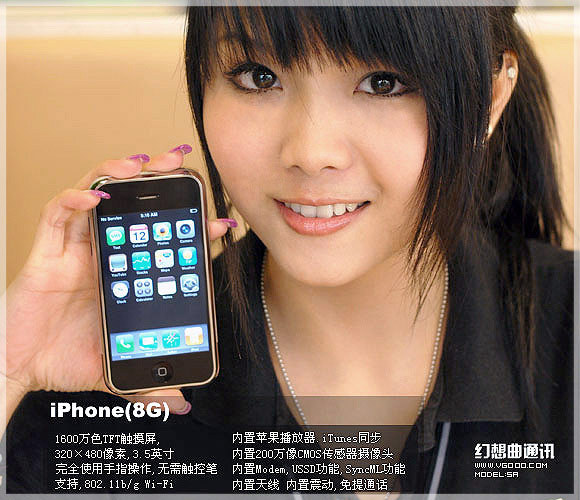 So China doesn’t want to officially bring in 5 million iPhones and sell them legitimately?  That’s fine, because China already has a booming black market for the iPhone!

The iPhone, known as the “Ai Feng” (“Crazy Love”) is growing quite a market in China. The market is trim selling the handsets at about $474 for unlocked models, and people in China simply can’t buy them fast enough.

There was a report on Friday by TechTree.com that was talking about how China had finally reached a deal with Apple to the iPhone.  However, that deal is now apparently dead upon arrival.

The deal was supposed for 5 million iPhones to come into China with an estimated value of $1.46 billion.

No doubt that China’s government and beuracracy is behind this latest decision.  Maybe one day the government will realize that when they try to control the markets, the markets will always win!

Here’s what TechTree.com is reporting now:

While China Unicon has confirmed that it is “in talks” with Apple for selling the iPhones all over China, the order for 5 million iPhones has not been placed. China Unicom spokesperson pooh-poohed the claims by some sections of the Chinese media who had reported this news first. Later, it was taken up by the international media. The spokesperson did say, “Talks between us and Apple have been going on for some time”, albeit without reaching an agreement yet.

There was much anticipated competition for the iPhone whenever it did hit China.  And what exactly brought the deal to an end, no one is sure at the moment.

The Android oPhone is currently a hot selling item in China, and it seems to me that this current move to not bring in iPhones is a big hit on Apple.