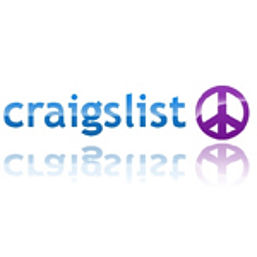 Craigslist is supposedly getting ready to add 140 cities – or 25%.

Brad Stone with the New York Times claims to have been alerted by a spokesperson with the company on the matter, and I saw the article posted on WebProNews.

With a record number 20 billion page views that Craigslist claims to be receiving each month currently, expanding the available cities by 140 would bring a huge boost to that page view count.

Imagine if Craigslist opened up Google Adsense on the site!  I mean, what would 20 billion page views a month generate in revenue from Adsense?  I have no idea, but I know the number would be staggering.

From WebProNews, here’s the breakdown:

Apparently Craiglist has added 140 new cities, including 87 in the United States, 8 in Canada, and 45 in non-North American countries.

“Among the targeted areas in the United States are dozens of small to midsize cities like Susanville, Calif. (population 18,000), Oneonta, N.Y. (13,000), and the counties of Okaloosa and Walton, Fla. (a combined 229,000.),” says Stone. “If that expansion sounds minor, consider that Craigslist also added new sites for international cities like Lucknow, India (population 2.5 million), Shenzhen, China (14 million), and New Castle, Australia, (280,000).”