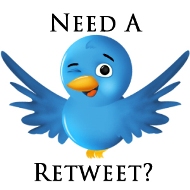 These are my thoughts about the algorithm Google will use to rank tweets in their real time search results.

As you may know by now, Google announced a deal that was struck with Twitter to display tweets in the Google search results.

Eric Schmidt, chairman and CEO of Google Inc., was speaking today to about 5,000 chief information officers and information technology executives in Orlando for a technology conference.

In his speach, he asked a rhetorical question:  “…how might Google be able to rank a user’s individual tweets?”

This is great question especially now that Google has struck a search deal with Twitter to show tweets in the Google search results.  There is going to have to be a ranking mechanism of some sorts – right?

Well I have an idea of how an algorithm might handle the ranking structure of tweets in Google search results.  Now this might be very watered down, and of course a lot of factors are instantly overlooked, but here’s my idea…

Why not rank tweets based on retweets?  But not just any retweet, because the same story is reguritated millions of times over – ranking tweets using retweets AND factor in from whom that retweet was generated.

So what I’m saying is use retweets, and the source of the retweets, to help determine the ranking structure in Google search results.