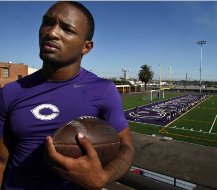 Here we go again, another example of a college football player using Twitter to lash out at the coaching staff.

This time it’s coming from UCLA where freshman Randall Carroll sent a tweet to a top high school recruit complaining about the offensive coordinator Norm Chow with racial epithets.

Carroll’s Twitter profile is now deleted, but it used to be here:  https://twitter.com/OCiAM

Here’s a screen shot of what Carroll said about the offensive coordinator: 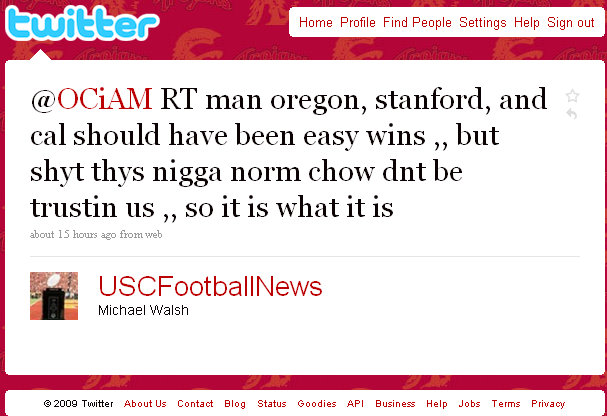