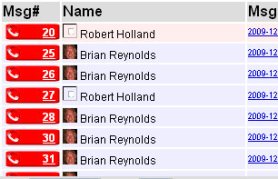 VoiceChat is an amazing new application that integrates with Google Wave.  Before VoiceChat, Wave’s were communicated and followed via text – a lot like a chat room or live streaming document.

But with VoiceChat, you are now able to create Google Wave rooms where people are able to communicate with their voice.  I tried out the new VoiceChat in the public Google Wave room, from my computer and the sound wasn’t so good.  Although I was only using the built in mic on my laptop.

Also, my profile image wasn’t showing in the list of people signed onto the call.  One of the members stated that it may have been a result of my being on a wireless internet connection.

But then I called the number to the wave and connected from my iPhone.  You can actually connect to a wave from any phone, but I so happened to use my iPhone.  The sound quality increased dramatically, and the management of the recordings was very simple.

All you have to do to record a new entry, once you’re called in and connected to the wave, is simply press # to record, and # again to end recording.  If there aren’t any messages in the que waiting to be played, you’ll actually hear your voice come across your computer in real time.  If there are messages waiting to played, then the messages play in the order they were received.

VoiceChat for Google Wave definitely brings a new demension to the Google Wave platform.  Being able to communicate live with a group of participants with voice is not only amazing, but can be very useful in many different settings.