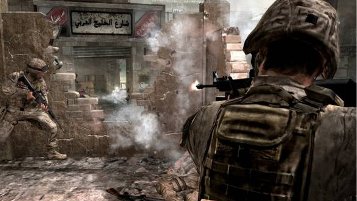 The popular video game Modern Warfare 2 has an update coming this morning.  According to Robert Bowling, via his Twitter profile:

From Examiner.com:  “Call of Duty: Modern Warfare 2 is incoming to fix not only the Javelin glitch but the care package glitch and geography exploits as well.

The update (1.06) is currently going through certification with Microsoft and presumably Sony as well so that it can be released without causing any more problems.  A patch was released today (1.05) but it solely deals with matchmaking.”

“Call of Duty – Modern Warfare 2 has achieved the top spot for first-month sales of any game at the title level,” confirmed NPD analyst Anita Fraser regarding the shooter’s astounding traction. (Source: TheTechHerald)