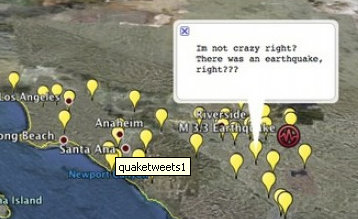 The USGS (United States Geological Survey) will begin harvesting tweets from around the world to track earthquake activity.

This harvesting of tweets will be accomplished by gathering tweets that utilize specific keywords indicative of an earthquake occurring, and this data will be used as a leading indicator and data collection technique.

Here’s the really cool thing with tracking earthquakes using Twitter.  Because mobile devices are becoming more geographically aware – meaning, you can pinpoint your location on a map – geologists hope to use the frequency of tweets within a specific area as an indicator as to the severity of the earth quake itself.

This is just another facinating way that Twitter is being utilized to help harvest, gather, and then interpret data throughout the world.

Here’s an image from Wired.com: 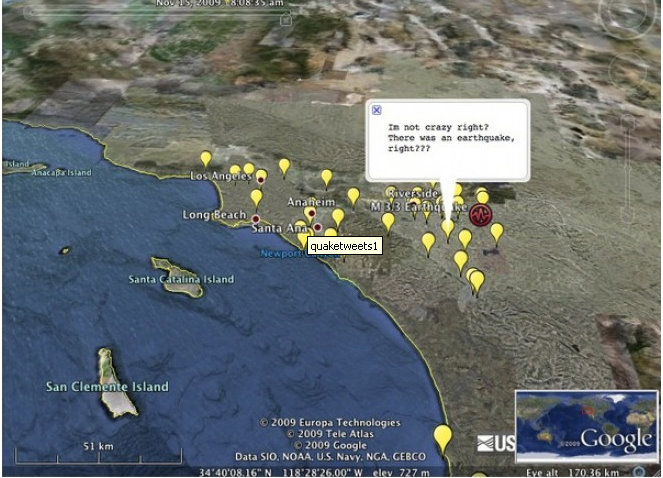 So what do you think about the USGS using Twitter to track earthquakes?  Can you think of other cool ways that Twitter could be used to harvest data?