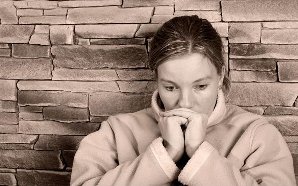 A Florida mom, and avid Twitter user Shellie Ross sent out tweets on the social networking site after finding she found her 2-year-old son Bryson floating in the family’s swimming pool.

As paramedics tried to save his life, Shellie, who can be found on Twitter at https://twitter.com/Military_Mom posted the message:

“Please pray like never before, my 2 year old fell in the pool.”

Five hours later, after her son was pronounced dead from drowning, she wrote:

“Remembering my million dollar baby” before uploading photos of Bryson to be viewed by her 5,000 followers.

Is This Going To Far – Or Is It Acceptable Use of Twitter?

Of course, as soon as this story hit the web, critics started popping up saying that this is inappropriate, and “it shows the repercussions for social media gone awry.”

On the other hand, perhaps her 5000 plus followers on Twitter all close friends, or somehow part of particular group that is active in communicating with each.

I believe that prayer works!

So in my view, since this mom has 5000 plus followers on Twitter, what better way to get an army of people praying for one cause than to send out a prayer request to her followers?

If I was in a situation like that, I would be thankful if 5000 plus people all of sudden started for me.

What do you think?  Did this mom go to far, or was she wise in using Twitter to get more than 5000 people praying?