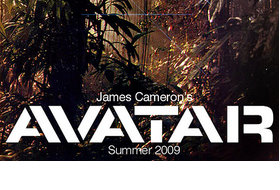 There is a lot of  buzz on Twitter right now surrounding the new movie Avatar.  And several times now, I’ve seen people ask the question:  “what does Avatar mean?”

After seeing the question asked a few times, I decided to dig into it and provide everyone with an answer.

There are actually several meanings to the word Avatar – but only relates directly to the movie:  (see below)

1. The incarnation of a Hindu deity, especially Vishnu, in human or animal form

2. An embodiment, as of a quality or concept; an archetype

3. A temporary manifestation or aspect of a continuing entity

But as it relates to the movie Avatar, here’s the meaning of Avatar that everyone is looking for: