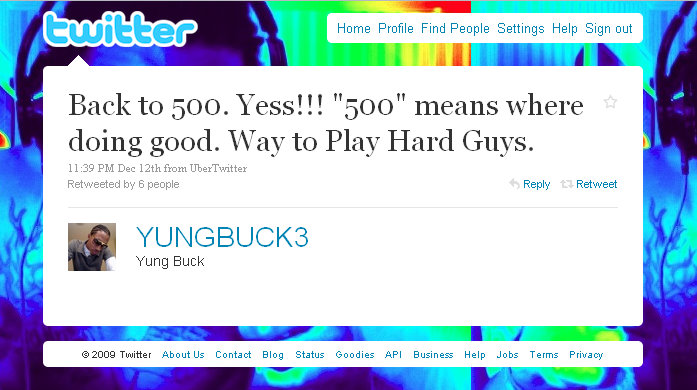 Brandon Jennings, the rookie sensation with the Milwaukee Bucks, was fined $7500 for a Twitter update he sent right after the Bucks beat Portland in double overtime last weekend.

Stu Jackson (@angrysocialist), the NBA’s Executive Vice President of Basketball Operations, made the announcement today, and stated that “Jennings was fined for the timing of his post, not the content.”

According to the NBA’s social media policy, players cannot tweet during game time, defined as beginning 45 minutes before the game starts and ending after players have finished talking to the media following the game.

Here’s Brandon Jennings’ response:  “I understand I got fined, but 7500? For being happy over a win, you would of thought I said something bad. I mean it was a big win for us.”