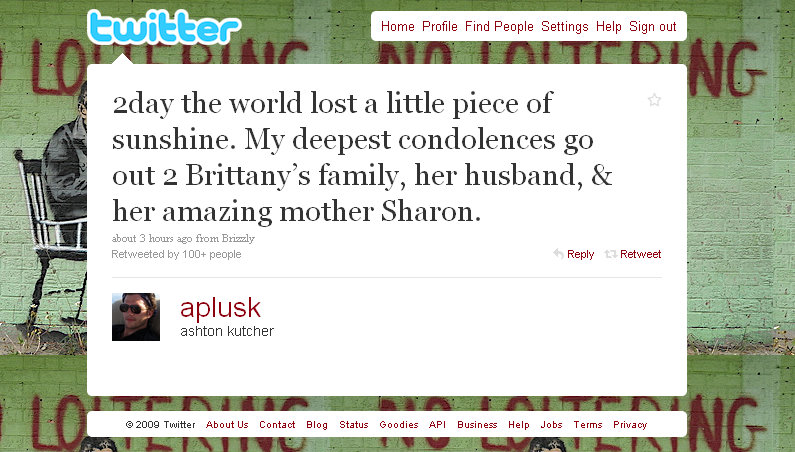 Ashton Kutcher (@aplusk) is the king of Twitter with currently 4,151,677 followers (as of this writing).  And today he used Twitter to send condolences to the friends and family of actress Britney Murphy.

Brittany Murphy, who died today of cardiac arrest at the age of 32,  met actor Ashton Kutcher in 2002 on the set of their movie Just Married. Murphy played Sarah McNerney and Kutcher played Tom Leezak her newlywed husband.  They dated briefly before going their separate ways.