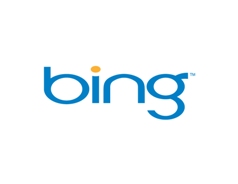 I’m finding it very hard to believe that Microsoft’s legal team didn’t research this before hand, but there’s actually another company out there called “Bing! Information Design, LLC.”

Bing! Information Design LLC v. Microsoft Corporation was filed on December 16, 2009 in the Circuit Court of the City of St. Louis and alleges “trademark infringement, unfair competition, and tortious interference with business expectancy.”

The small company from St. Louis claims it has been using the Bing name since 2000 and has applications pending to register the trademark, while Microsoft only launched Bing in May 2009.

The St. Louis company is fully confident that is has a case against Microsoft and expecting not only financial and punitive damages, but they are also insisting that Microsoft launch a marketing campaign that directly addresses – and fixes – the confusion they’ve caused over the use of the name Bing.

“We believe this suit to be without merit and we do not believe there is any confusion in the marketplace with regard to the complainant’s offerings and Microsoft’s Bing,” a Microsoft spokesperson told Ars. “We have not been served with a complaint, but are aware of the suit based on media reports. We respect trademarks and other people’s intellectual property, and look forward to the next steps in the judicial process.”

This is going to be an interesting story to follow indeed, and stay tuned right here for the latest and greatest!

Subscribe to our blog here to get the latest news and information delivered to your inbox!