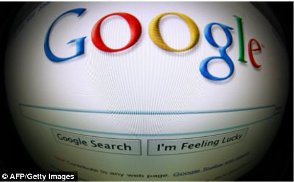 A Paris court on Friday ruled that Google violated French copyright law in digitizing books, but it’s unlikely the decision will be the last word on the search engine’s controversial book-scanning project.

Google responded immediately that it will appeal the court’s ruling, and that “We believe that displaying a limited number of short extracts from books complies with copyright legislation both in France and the U.S. — and improves access to books”, spoken from Google spokeswoman Gabriel Stricker.

A judge ordered Google to pay 300,000 euros, or roughly $430,000, in damages to French publisher La Martiniere, which pursued the case on behalf of a group of publishers, according to the The Associated Press.

In addition, Google was ordered to pay a fine of 10,000 euros, or $14,340, every day, until it removes literary extracts from the publishers’ books from its database.

Google is facing global opposition from the publishing industry to index copyrighted books.  Even though Google claims it has the right to do so because it is only showing a small snippet of information from each book.

Last year Google reached a settlement with book publishers here in the United States over scanning and indexing books.

Google’s ambitious goal is to organize all of the world’s data.  This includes, obviously, information contained in books.

Even beyond the goal of just indexing and showing books in the search results, Google wants to take things one step further and provide instant language translation of books, even books that have been unreadable for thousands of years.