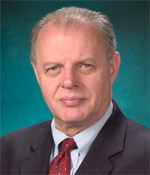 On Tuesday, President Barack Obama appointed Howard Schmidt to the position of cyber-security coordinator.  Mr. Schmidt will oversee the vast task of protecting the nation’s computer systems in the public and private sectors.

Howard Schmidt’s resume is quite an impressive read, so I decided to provide a link here for you to check it out for yourself.

I’ve also copied the contents of the above PDF file below for you to read:

Howard A. Schmidt
President & CEO R & H Security Consulting LLC
Howard A. Schmidt has had a long distinguished career in defense, law enforcement and corporate security spanning almost 40 years. He has served as Vice President and Chief Information Security Officer and Chief Security Strategist for online auction giant eBay.
He most recently served in the position of Chief Security Strategist for the US CERT Partners Program for the National Cyber Security Division, Department of Homeland Security.  He retired from the White House after 31 years of public service in local and federal government.
He was appointed by President Bush as the Vice Chair of the President’s Critical Infrastructure Protection Board and as the Special Adviser for Cyberspace Security for the White House in December 2001.
He assumed the role as the Chair in January 2003 until his retirement in May 2003.  Prior to the White House, Howard was chief security officer for Microsoft Corp., where his duties included CISO, CSO and forming and directing the Trustworthy Computing Security Strategies Group.
Before Microsoft, Mr. Schmidt was a supervisory special agent and director of the Air Force Office of Special Investigations (AFOSI) Computer Forensic Lab and Computer Crime and Information Warfare Division.

While there, he established the first dedicated computer forensic lab in the government.  Before AFOSI, Mr. Schmidt was with the FBI at the National Drug Intelligence Center, where he headed the Computer Exploitation Team.
He is recognized as one of the pioneers in the field of computer forensics and
computer evidence collection. Before working at the FBI, Mr. Schmidt was a city police officer from 1983 to 1994 for the Chandler Police Department in Arizona.
Mr. Schmidt served with the U.S. Air Force in various roles from 1967 to 1983, both in active duty and in the civil service. He had served in the Arizona Air National Guard from 1989 until 1998 when he transferred to the
U.S. Army Reserves as a Special Agent, Criminal Investigation Division where he continues to serve.
He has testified as an expert witness in federal and military courts in the areas of computer crime, computer forensics and Internet crime.  Mr. Schmidt also serves as the international president of the Information Systems Security Association (ISSA) and was the first president of the Information Technology Information Sharing and Analysis Center (ITISAC).
He is a former executive board member of the International Organization of Computer Evidence, and served as the co-chairman of the Federal Computer Investigations Committee. He is a member of the American Academy of Forensic Scientists.
He had served as a board member for the CyberCrime Advisory Board of the
National White Collar Crime Center.  He served as an augmented member to the President’s Committee of Advisors on Science and Technology in
the formation of an Institute for Information Infrastructure Protection.
He has testified before congressional committees on computer security and cyber crime, and has been instrumental in the creation of public and private partnerships and information-sharing initiatives. He is regularly featured on cable, broadcast and international media talking about cyber-security and critical infrastructure protection.
He is a co-author of the Black Book on Corporate Security and author of “Patrolling CyberSpace, Lessons Learned from a Lifetime in Data Security”.
Mr. Schmidt has been appointed to the Information Security Privacy Advisory Board (ISPAB) to advise the National Institute of Standards and Technology (NIST), the Secretary of Commerce and the Director of the
Office of Management and Budget on information security and privacy issues. He has also been appointed as a member of the Permanent Stakeholders Group (PSG) for the European Network Information Security Agency.
Mr. Schmidt holds a bachelor’s degree in business administration (BSBA) and a master’s degree in organizational management (MAOM) from the University of Phoenix. He also holds an Honorary Doctorate degree in Humane Letters. Howard is a Professor of Practice at GA Tech, GTISC, Professor of Research at
Idaho State University and Adjunct Distinguished Fellow with Carnegie Mellon’s CyLab and a Distinguished Fellow of the Ponemon Institute.