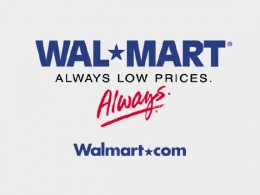 For those of you trying to squeeze in last minute shopping, you might find it valuable to know that Wal-Mart will be closing at 8pm on Christmas Eve.

But don’t worry, even if you don’t make it Wal-Mart by 8pm, then you can always turn to Google – as millions of people apparently do.

Google search graphs show that phrases such as “last minute deals”, and other phrases indicative of a last minute shopper, spike on the night of December 24th.

Here are some example graphs: