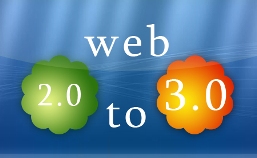 Now, instead of the web being static, Web 2.0 becomes more social, interactive, and reputation based.

But what will the next evolution of the web look like?  What will Web 3.0 bring us?  Jonathan Zittrain predicts that Web 3.0 will be more “human like”.