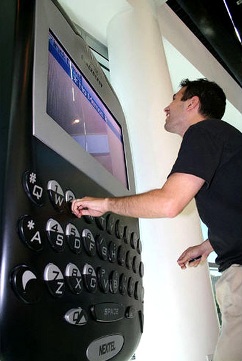 Already, the only comparison that comes close to the Nexus One is the iPhone.  And both the iPhone and Nexus One are touted as the leading mobile data devices on the market.

But with all this “iPhone and Nexus One” talk going on, I can’t help but ask, “what about the Blackberry?”

I ask that because the first data device / mobile phone I ever owned was the blackberry 8500.  I actually really enjoyed owning it because of the newness of being able to send and receive email from my mobile phone was nothing less than amazing.

But then new data devices hit the market, like the iPhone, and now I was able to surf the web, access my content via mobile web apps, and managing my email was secondary.

So I discarded my Blackberry and never looked back.

Yet in the meantime, the iPhone developed an amazing Facebook App called 2.0 that allows you to efficiently manage your Facebook profile AND your Facebook Fan Pages.

So I guess the question still stands – where does the Blackberry fit into this world of mobile data devices?  Are they eventually going to become irrelevant and then lose a substantial amount of market share?

I know that the Blackberry is heavily used in business and industry.  However, with cloud computing, the allure of the Blackberry syncing with Microsoft servers is quickly becoming “so 2005”!

It’s 2010 now, and the Google phone Nexus One is stepping up strong to the plate right along with the iPhone.  And not only is Google focusing their efforts on a single phone – nope… they’ve gone and built an entire mobile operating system called Android – of which, we now have Android 2.1 which comes standard on the Nexus One.

C’mon Blackberry – I’m cheering for you!  I’m one of your earliest adopters and fans, and I want to see you succeed.  But you’ve got to step up to the plate and compete or else the market will simply have it’s way with you – as it’s already doing.