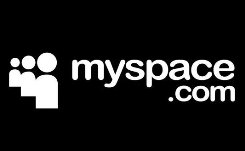 It’s strange isn’t it, you don’t hear a whole lot about MySpace anymore! I thought, hmm…. is it just that I’m getting older?  Maybe.  But then just like you, I created a Facebook profile and started to connect to family and friends.  It wasn’t until I started seeing my younger nieces and nephews on Facebook that it all became clear to me – I now know exactly why MySpace is either dying, or is official dead!

It wasn’t but a few years ago when I’d the younger generations of my family on the computer and talking with, and meeting, friends on MySpace.  And let me tell you, they were really into MySpace!  They would even talk about what they did, who they saw or met, and who they were chatting with on MySpace when they weren’t even on the computer.

But now, today, I see the exact same family members that were jamming on MySpace, they are now all over Facebook!  And from looks of their profiles, they are induldging themselves even moreso on Facebook than they did on MySpace.

So it occurred to me, when I saw these younger generation family members on Facebook, that I think I now know why MySpace is dead!  And it’s because this generation, the upper classmen and women in highschool, have abandoned MySpace for Facebook.

Why did they leave MySpace for Facebook?  I’m not quite sure.  But I can guarantee you this – the next time I see them I will be sure to ask.

My guess is that the answer is actually quite simple – because Facebook is where everyone else is, so they mine as well join them!

People sometimes don’t know “why” they do something.  And my family members more than likely didn’t give it a second thought and haven’t even thought it about since they left MySpace.

But someone like me, someone who tries to understand the paradigms of social networks and crowd source mentalities on the web, I’m can’t help but be intrigued by these types of changes.

So the next time you see someone who is a teenager, more then likely they were MySpace fanatics a couple of years ago.  But now, you might find that they’ve embraced Facebook.

And when you see this, and if you’re thinking about it, how about asking them why they left MySpace for Facebook – and then post your answers in the comments below!

15 replies on “I Know Why MySpace Is Dead”

hi, I totally agree with you. I weren't on my myspace profile for … let me guess… about 4 months, I think. and it's because of the features and apps and much more interactivity facebook offers. and as I recognize every one of my contacts in myspace moves to facebook. and even the djs, musicians and other artists move to facebook… facebook is more up to date and offers more features. I think it's nearly the same phenomenon as we saw here in germany with "studivz". when it was new, it was cool and everybody wants to join it. but it just was a simple copy of facebook (as you could have seen in the html-sourcecode) and they did not open it for extern applications and so on… and what the thing, that happens to studivz? it's dying. as well as myspace does…

Hi Henner – interesting comments. I never heard of studivz, which might explain why it never got off the ground.

But yeah, MySpace is, I believe, disappearing into the archives of the web and may only be found in the history books!

Thanks again for your comments…

I think one reason facebook has become so much more popular than myspace is because of the ease of interaction. It’s so much easier to share content (photos, videos, URLs, comments, etc) on facebook than on myspace.

Also, facebook is so much “cleaner” looking than myspace … definitely doesn’t look as trashy as myspace sometimes can … and I’m not just talking about people’s profile pics, but also the ads that you see on facebook compared to the advertising on myspace.

Hi Ben – those are great points. I think the web of "today" is all about sharing, ease of connecting among one another, and feeling safe and secure within your niche communities. Facebook has done a great job at all of the above, while MySpace is, well…. MySpace – and thus the mass exodus!

myspace killed itself when they started pushing too many ads. not that hard to grasp.

I agree, Myspace killed itself by way of ads. For a long time, I clung to Myspace for the simple fact that I could edit the way my profile looked, but then they destroyed that by attempting to make it “easier.” They just made it more complicated, or, even if it is easier, it’s different, and people don’t like that. I think the time they lost everyone was when they changed the profile layouts.

The one thing Myspace still has over Facebook is the artistic/musical community. Listening to your favorite band’s songs is easier on Myspace.

i left Myspace for Facebook because Myspace was getting more lame everyday. It got to the point where I didnt see anyone on there anymore. So I got a Facebook. Plus, all the Notifications and Myspace changes too much. Its too difficult to understang nowadays.

this article was terribly written

Your grammar is poor. It should be “written terribly” as opposed to “terribly written”.

i think most people leftbecause, one of the most used features is the facebook im, once the people you talk to most switch to facebook, its inevitable that you will to keep in touch, its funny that as a culture we revert back to older technologies, myspace had more tools for customization but we all finally relized its uneccesary so we reverted to a plain ol website again, sorta like how we mostly use text messages now instead of calling , its a simplier tried but true technologu