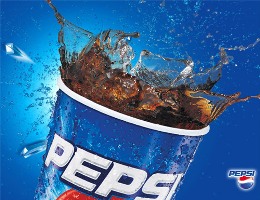 Check out one of the better Pepsi Super Bowl commercials below!

You may notice one glaring absence during tomorrow’s Super Bowl, and that is the $245 million, 30 second hole left by Pepsi.  For the first time in 26 years, Pepsi has turned it’s back on the Super Bowl advertising opportunity and  instead, is investing their money into a social media campaign.  I commend Pepsi for making the decision.  And I’d say that already, simply by them making that decision, Pepsi is already benefiting with the publicity (after all, I’m now writing about Pepsi!) According to Bonin Bough, PepsiCo’s global director of digital and social media, “The project is about creating a movement, not just a moment…”

And in my opinion, that one statement sumerizes the entire social media marketing potential – build a “movement”, not just a “moment”!

Here’s one of the all time classic Pepsi TV Commercials: