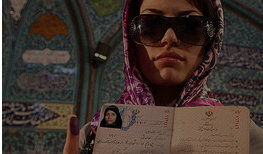 There’s a lot of reasons I wake up everyday and thank God that I live in the United States!  I’m thankful for my freedom, liberties, and rights that come along with being a US citizen.  These rights and liberties stand in stark contrast compared to what the people in Iran are faced with.  Today, Iran has announced they will be permanently disabling Gmail, and replacing it with a government ran emailing system.  Also, it’s been reported that text messaging has been banned for the past 3 days.

According to the Wall Street Journal, “Iran’s telecommunications agency announced what it described as a permanent suspension of Google Inc.’s email services, saying instead that a national email service for Iranian citizens would soon be rolled out. It wasn’t clear late Wednesday what effect the order had on Google’s email services in Iran.”

The government of Iran is taking these steps to prepare for February 11 when the country will celebrate it’s anniversary of the Islamic Republic.

Protests are already being organized within the country of Iran, and security forces are already warning people to not participate in these demonstrations against the government.

In my opinion, shutting down Gmail and removing texting capabilities from its citizens only stirs the bees nest that is already building.  These steps by the Iranian government are only going to encourage more aggressive protests, and increase the number of protesters across the country.

However, one service that was not mentioned in the article as being cut off was Twitter!  And Twitter has really been the platform of choice for getting information out about demonstrations.  Twitter has allowed people in the streets of Tehran to send live pictures and videos of the security forces aggression against protesters.