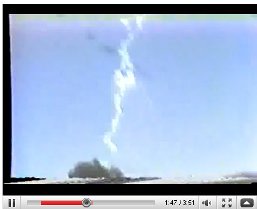 After 24 years, a first hand video recording of the Space Shuttle Challenger disaster has emerged.  This video was shot from  a betamax video camera 24 years ago by an optometrist named Jack Moss, according to YouTube’s CitizenTube video news site.  This is a fascinating first-person perceptive of the disaster.

Here’s the 24 year video that was shot from a betamax video camera: