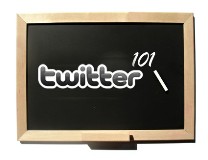 One of the most common questions regarding Twitter is this – “How Does Twitter Work?” This question really gets to the core of the Twitter platform, and I think that by answering this question in plain English will help people utilize Twitter more effectively, and more enjoyably.

As you can see, there are a lot of reasons people use Twitter.  But at its core, Twitter facilitates broadcast messaging which allows people to speak instantly to a crowd of people who are listening (who are following you on Twitter).

Twitter is a popular broadcast messaging platform because the content, or messages, that are distributed are done so in real time.

This means, when you broadcast your message, your followers get it instantly.  There is no lag time.  The data is transferred in real time.

Take breaking news for example.  People who utilize Twitter to get breaking news are getting news and information as it’s happening, or at least as the person is sending out the message on Twitter.

Or take for example your friends.  If you are following your friends on Twitter, then when you read an update from them, you can see exactly what time they broadcasted that message.

Real time data from Twitter is becoming increasingly valuable.  Major search engines such as Google, Yahoo, and Bing are all paying large sums of money to show real time tweets in their search results.

Updates are typically referred to as “tweets”.

So if you want to know certain information, or you know of people of interest, then following them on Twitter is a great way to stay updated with what they’re doing, thinking, etc…

The updates (or tweets) that you receive from people are in real time, and always have a time stamp associated with them.

Likewise, people follow you because they want to receive your updates.  When you add a new update (or tweet), everyone who is following you gets that update instantly.

There are literally an endless number of books that can be written that could dig deeper into what I’ve just discussed.  I realize this, and I’ve tried my best to illustrate Twitter at it’s core functionality.

Basically, I tried to simply answer the question “how does Twitter work?”

If you’ve been wondering about how Twitter works, and this article did not satisfy your interest, then please let me know with a more direct question in the comments.

Also, if you are a Twitter guru and have some additional insight into the question “how does Twitter work?”, then please add your insights in the comments below – they will benefit everyone!