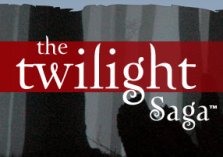 The movie series phenomena Twilight has a new release called Eclipse coming this summer.  The date of the release, according to the Twilight Eclipse official trailer below is June 30th, 2010.  The Twilight movie series has dominated the industry, and has maintained itself as the predominant leader in all categories from ticket sales, to DVD sales and rentals.  There’s even a social network that is exclusively for Twilight fans called The Twilight Saga.