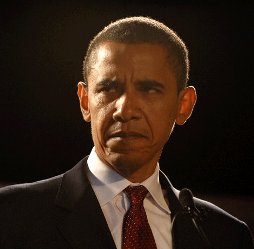 Rush Limbaugh mentioned this site toward the end of Friday’s show ).

The purpose of the site is to let you know that Barack Obama, and the pro-health care reformers in Congress do not have the votes to pass this legislation, contrary to what you hear coming from the Democratic party.

Here’s an excerpt from the Barack Hates This website:

“Don’t believe Barack Obama and Nancy Pelosi when you hear them saying they’ve got the votes to pass their monstrosity of a health care reform bill.

This fight is NOT over.

At this very moment, targeted Democrats in the House of Representatives are sweating bullets, trying to decide how they’re going to vote this weekend.

They’ve been reading polls like this one — polls that prove to them that in their very own districts, their constituents are opposed to a government takeover of health care.”