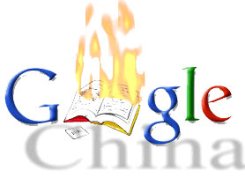 Is Google leaving China as soon as next month?

There is a rumor spreading on the web that Google will be exiting the China market as soon as April.  The meltdown started with Google’s servers were hacked from people in China, and that incident only fueled more anger over the fact that China would censor Google’s search results.

So because of these two major issues, Google has been speculating leaving the China market altogether.  Basically Google refuses to have a search engine with censored results – and I have to agree with Google, I wouldn’t want that either.

Engadget broke the news and you can read more about it here.