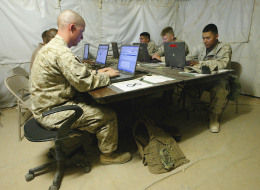 The United States Air Force is opening up to experiment with social networks.

With the recent decision by the Defense Department to allow soldiers to access social networking sites like Facebook, a whole new world of possibilities is opening within the armed forces.

From troops who are deployed in remote parts of the world, to a new way of communication and collaboration for the armed forces, social networking sites hold an unlimited amount of potential.

Yesterday, one of those potentials were realized when The Air Force Space Command declared that five Air Force bases in the Pacific will be the first to get access to social-networking Internet sites under new Defense Department rules, according to CBS news in Denver.

Space Command headquarters at Peterson Air Force Base, Colo., said Tuesday the five bases are Anderson in Guam, Eielson and Elmendorf in Alaska, Hickam in Hawaii and Yokota in Japan.

The Air Force will track the impact on its computer network and conduct a risk assessment before allowing access to social networks across the entire service.

Along with opportunity comes risk!

Security and troop safety needs to be at the forefront of the military, and I can imagine that some high rankings officers are nervous about the prospects of open social network access.

The question is, how does the military monitor and oversee the massive levels of data and communication that is sent over sites like Facebook?

The amount of technology, time, and resources for this task would seem daunting. I’m sure, however, that as it is with other threat levels, priority will be given to more sensitive areas of operations.

For example, site usage would be more heavily monitored in Afghanistan than in Florida.

What do you think about the military opening up to the use of social networking sites like Facebook?

Is this is a wise move by the military?