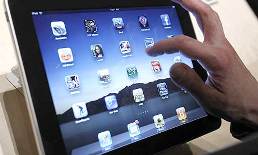 The coming iPad device has the media, consumers, and Apple all in a frenzy, but perhaps the most energetic bunch are the iPad app developers!

The iPad is set to debut approximately 24 hours from now, but iPad app developers have been seriously hard at work for the past couple of months.

In fact, applications being developed for the iPad are actually outpacing the development rate of apps for both the Android and Blackberry combined, according to Flurry.com. 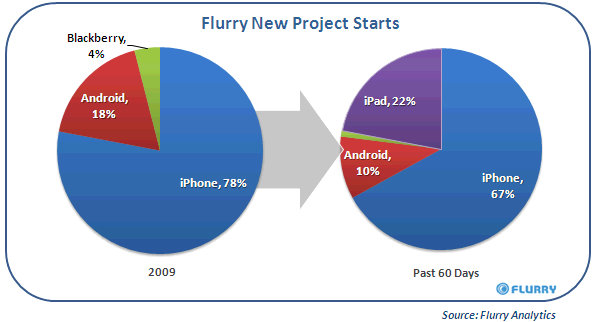 Here’s the data analysis from Flurry:

Comparing the two pie charts, the first notable difference is that iPad made up 22% of new projects starts within Flurry over the last 60 days. In March, over 3,000 unique applications were created within Flurry. A second point of interest is that Android’s share of new project starts has decreased from 18% to 10%. However, it should not be concluded that Android developer support is on the decline. In fact, the opposite is true, as we count approximately 300 new Android projects in March, which represents a 50% increase over February. Android’s percent has declined because iPhone and iPad growth is increasing at a rate faster than that of Android. In short, more developers are building more apps. The total pie is growing significantly, month over month. A final note is that relative support for Blackberry continues to diminish. While not shown in the chart, we calculate 1% share for Blackberry over the last 60 days, down from 4% for the whole of 2009.