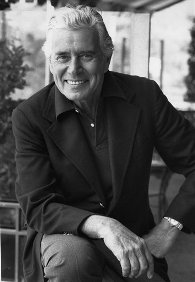 The actor with star struck looks, confidence, and exuberant charm – not to mention a voice that was unlike any others – died late Thursday from complications of pneumonia, following a yearlong battle with cancer in Santa Ynez.

His publicist, Harlan Boll, said the cause was complications of pneumonia, following a yearlong battle with cancer. He had earlier received a diagnosis of colon cancer, and in 1979 underwent quadruple bypass surgery.