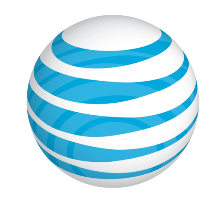 AT&T better check their data network because the iPad 3G is coming!

The iPad was just released yesterday, in case you didn’t know. But the release yesterday was the “WiFi only” version. This means, you will only access the web in a WiFi hotspot like your home, Starbucks, or anywhere else a WiFi connection is available – or unless you have a jailbroken iPhone, then you can do this.

One thing that concerns me about the upcoming iPad 3G is the fact that AT&T is handling the data plans. This means a whole new army of devices are going to tapping into AT&Ts already unstable data network. A network that is so unstable that people in large metro areas such as New York, Chicago, and San Francisco actually have dead spots.

Is AT&T going to be able to handle it?

So the big question of the day is this – will AT&T be able to handle the onslaught of new data subscribers?

One thing’s for sure, they are all set to take your monthly payments!

But based on their historically atrocious service, I’m a bit standoff’ish on purchasing an iPad 3G simply because of AT&T’s data network.

Do you think AT&T is ready for the iPad 3G?

Why do all of these articles keep talking about a monthly charge when apple has already said it will be either be $14.99 or$29.99 with no monthly charge?