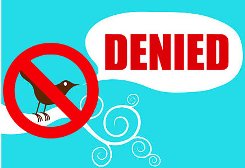 According to Examiner.com, fans are coming together to fight the decision by Twitter to block Justin Bieber from the Twitter trending list, but the way I see it, he’s still there! 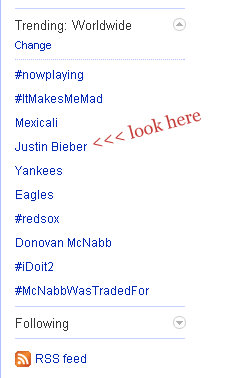 Isn't it possible that Twitter did block "Justin Bieber" from the Trending list but then they changed their mind after the TwitterStorm from Beliebers?

Evidence for a block includes the fact that despite numerous mentions of Justin Bieber during the #letbiebertrend campaign, his name still didn't trend.

Also, people checking the trends on Echofon kept getting messages when they clicked on the question mark next to #letbiebertrend such as, "Twitter has blocked Justin Bieber and his fans are mad". Of course, I don't know who writes those messages or if they have access to reliable information.